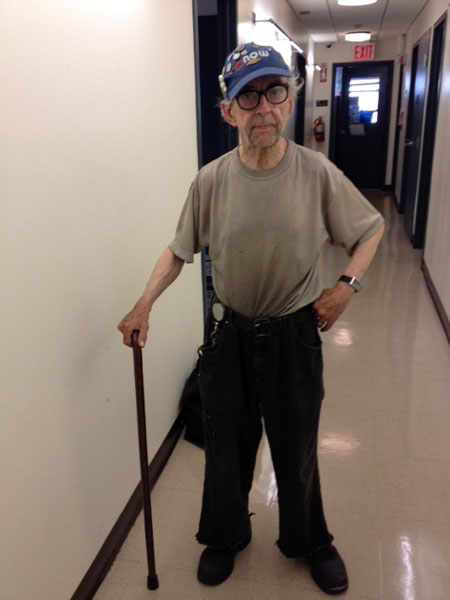 Ricky was a part of New York City’s workforce for many years.  Born in Hell’s Kitchen and a New Yorker all his life, Ricky says he first went to work in his father’s construction business, and later worked for both financial firms and newspapers.  Ricky has a small apartment near our building on 109th Street but little income at this point in his life.  After he pays rent he has little money left over for food, so he comes to New York Common Pantry for hot meals several times a week.  Today we meet an increasing number of seniors like Ricky, who’ve made their contribution to the city and now need our help.